Celebrating a Year of “Home” Ownership

In 1998, Grand Canyon Youth ran its first expedition, on the Colorado River through Grand Canyon. On January 1 of that year, Dennis and Lauri Wilson gave Grand Canyon River Guides (GCRG) a generous deal on the rental of an office, where GCRG and The Whale Foundation still reside today. When GCY needed an office, it was invited to use part of this space, really a bedroom in a cool old house near Thorpe Park in Flagstaff. I can remember seeing Emma Wharton on the floor with a screwdriver, putting together her first desk as our first employee! 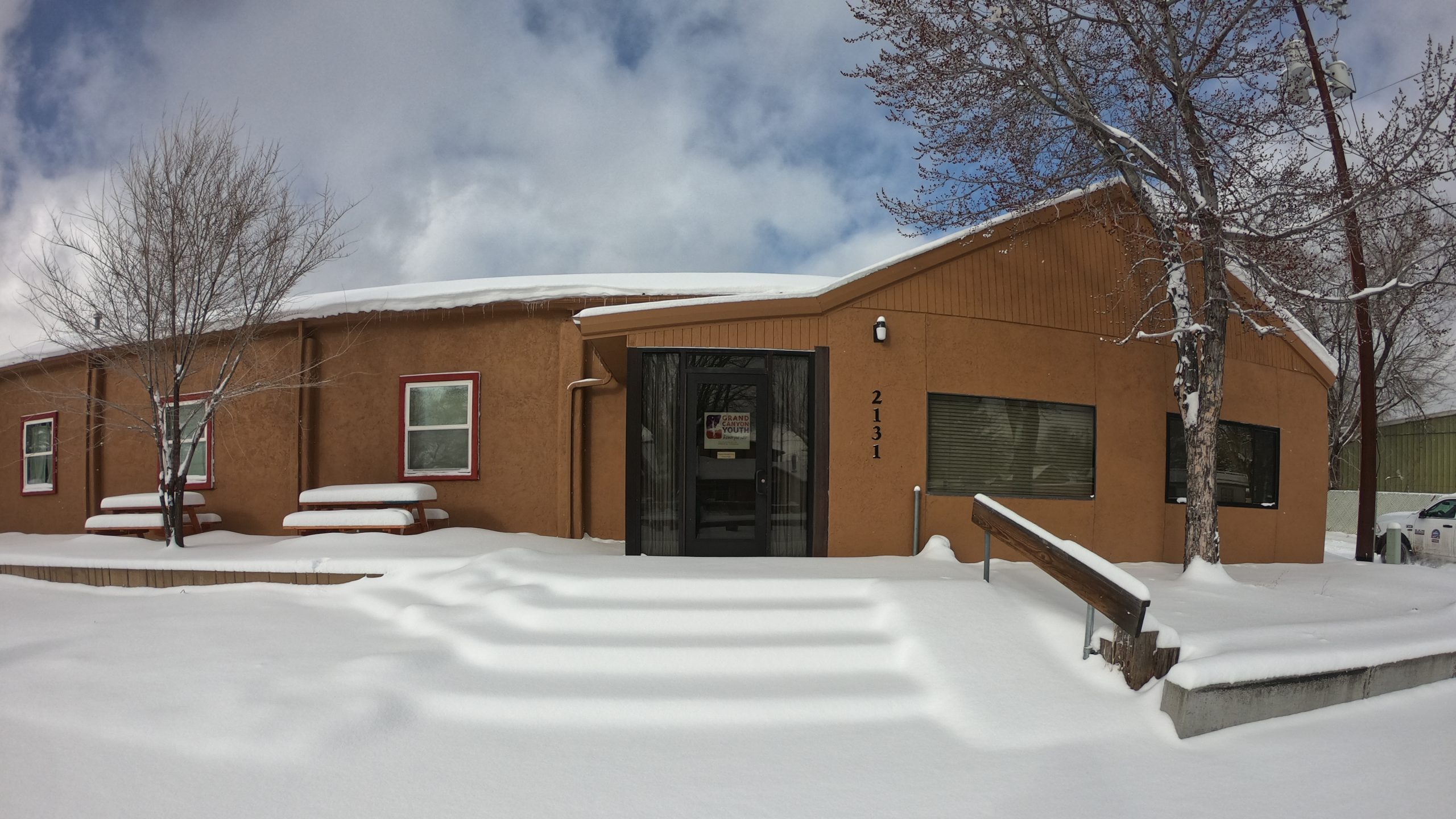 Thanks to the generosity of our community, the GCY Headquarters became our permanent home one year ago!

As GCY grew and needed more space, Jene Vredevoogd, founder of Adventure Discovery and a long-time advocate for getting youth outdoors, offered the use of his warehouse/office. When a fire rendered this space uninhabitable, Clayton Niles, yet another exemplary supporter, let GCY move the very next day into a large space on Plaza Way, which had been vacated by the FBI when they moved to their own building at the airport. There were some custom extras included, like a holding cell, bulletproof glass in the entry, razor wire in the walls, and a large secure garage to serve as a warehouse. This building had acres of office space, far more than GCY needed at the time, but this was short-term emergency housing par excellence, courtesy of Clayton!

After the fire, GCY held an impromptu fundraiser at the new location to demonstrate our commitment to continuing operations without delay – telephone and data lines were installed within 48 hours! Kathy Lampros and Richard Jackson attended this event, and on their way home discussed approaching GCY about renting a building they owned in the Sunnyside neighborhood. After renting it for ten years, GCY purchased this space in January 2020. Through the good graces of Richard and Kathy as sellers, and a multitude of donors large and small who made this dream a reality, GCY has secured a permanent home from which to launch generations of young people onto the rivers of the Southwest. 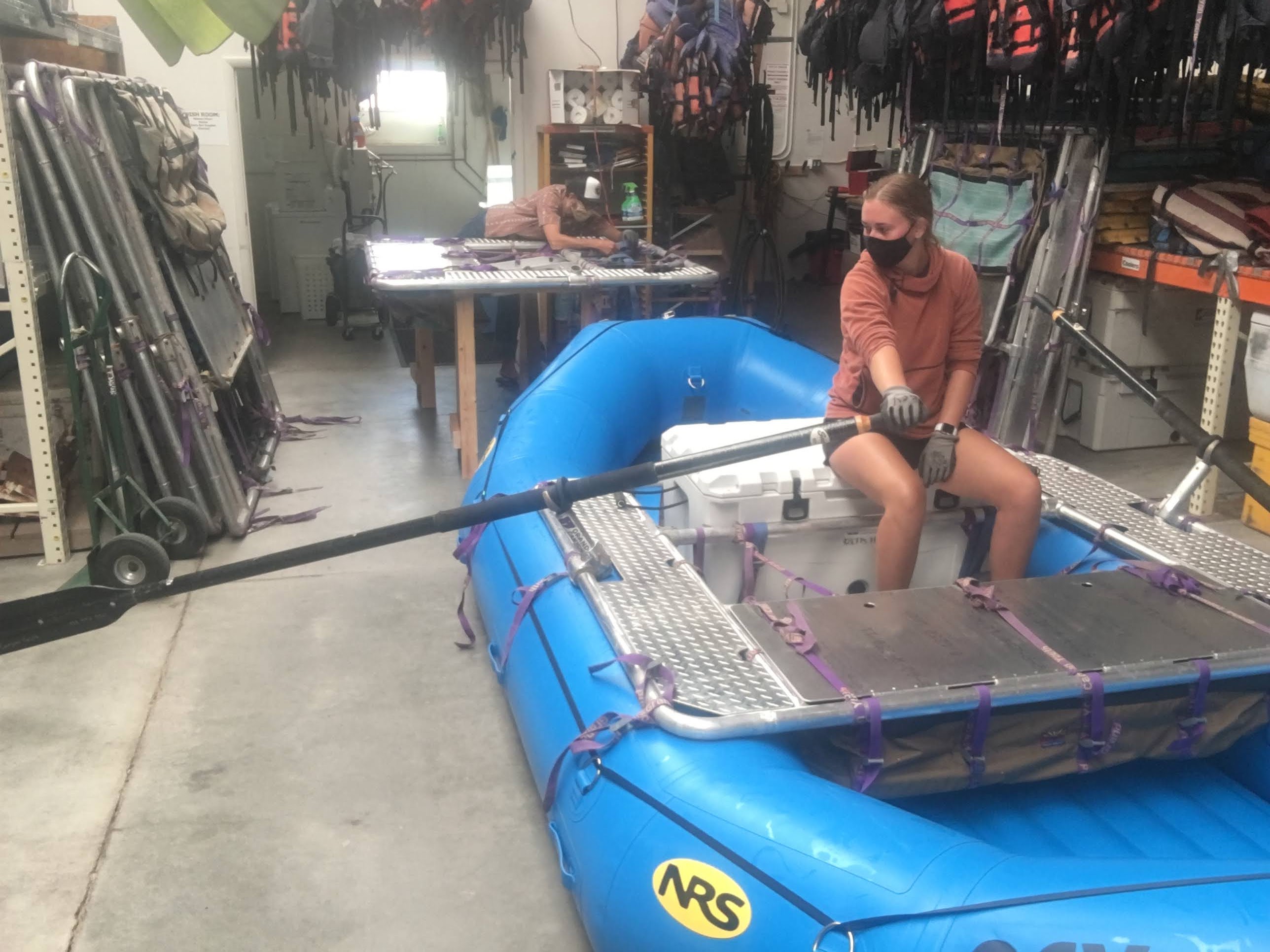 GCY staff members Jean-Philippe Clark and Sequoyah Gagnon spent many hours in the warehouse during 2020, preparing for GCY’s return to the river.

With a good down payment and a low interest rate, the cost of ownership is less than the rent used to be, which was a great incentive to make this major investment! The combination of warehouse and offices, the in-town location, the large parking lot and good condition of the facilities is very hard to find.

We are so grateful to all the generous supporters who made this next step possible for Grand Canyon Youth. Here’s to getting kids back on rivers in 2021!

Patrick Conley served as the GCY Board President from 2005 to 2012. A long-time advocate for connecting youth with the outdoors, he is currently a member of the GCY Advisory Council.