Seeing Things From the Ecosystem Level

When looking out over the Grand Canyon, I often trace the bands of rock that stretch across the expanse. If you know what you’re looking for, you can distinguish the geologic layers by color—Coconino Sandstone is painted in an even, white line across buttes and plateaus as far as I can see. Redwall Limestone is a thick layer, nearly vertical, washed red by iron oxides bleeding out of the rocks above. I’ve taken in this view more times than I can count. But whether I’m looking out from the North or the South Rim, it’s hard to comprehend the canyon itself. The vast landscape—a view that serves as a trip through geologic time—is too remote, too immense.

It’s traveling through the canyon, seeing things at an ecosystem level, that has helped me understand it. 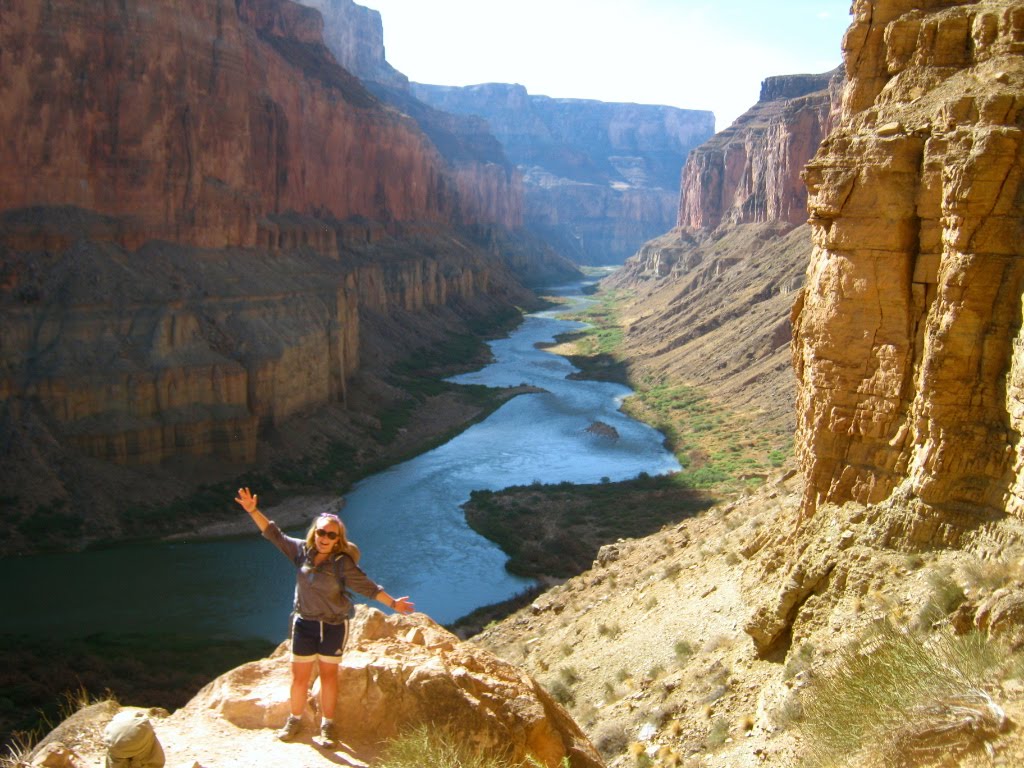 Molly Ryan, as a youth participant on a 2014 GCY Partners in Science trip, waves from a lookout point on the Nankoweap Granaries hike.

Did you know that fish like spaghetti? At least the ones living along the banks of the Colorado River do. This is all according to Adam, the scientist from USGS who’s joined our GCY Partners in Science trip. We’ve made camp for the night at the top of a sandy dune on river right, and the rest of the group is prepping dinner and playing bocce ball in the sand, trying to keep the balls from rolling into the river. But Adam, one of our guides, Kelly, and the rest of the youth “Science Crew” for the day—me, Greg, and Zain—grab the leftover spaghetti, pile into one of the 16-foot oar rigs, and pull out into the current. 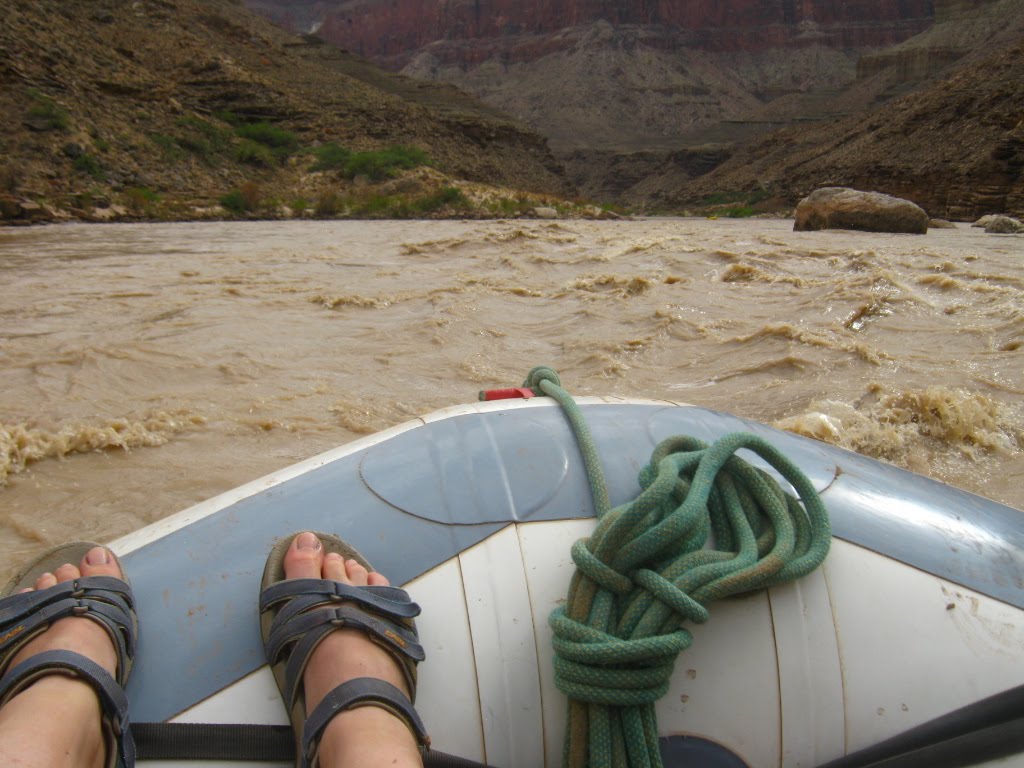 Kelly pulls on the oars, rowing against the river’s flow to move us upstream. Zain, Greg, and I are perched on the inflatable tubes of the raft. After an adventurous day of whitewater under the ceaseless sun, this moment feels quiet, calm. The light is changing, becoming golden, bronzing the canyon walls that rise up on either side of the river. A canyon wren sings, a downward cascade of clear whistles. Some people say its song is a lament, but I’ve always thought it sounds more like laughter.

We pull into an eddy along the bank. Here, the water is still. Adam pulls out a hoop net. The net is a large contraption, held together by mesh and a series of hoops between one and two feet in diameter. In between the hoops, there is a mesh funnel that leads the fish into the next section of the net. The fish are drawn towards the spaghetti-baited end of the net and are unable to swim back out through the funnels. 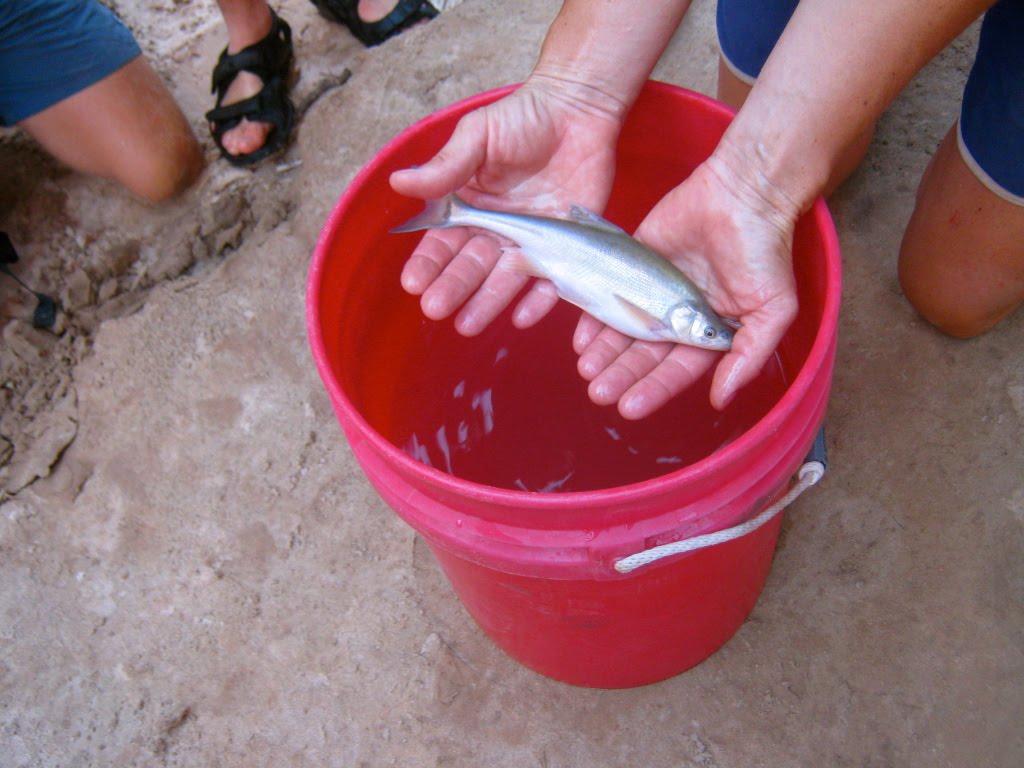 I clamber out of the raft, stake the net into the bank. We’ll leave the net, one of four that we’ll set out, in the river overnight. If we’re lucky, we’ll catch a humpback chub, a grayish green fish with a protrusive snout and hump behind its head. This fish is ugly but beloved by our group. Humpback chub are native fish and endangered—they prefer warmer, turbid water, conditions that are rare now that Glen Canyon Dam controls the river. Rainbow trout, a species that was introduced as a sport fish, competes with them for food and preys on young chub.

The next morning, I wake up to our head guide shouting, “Coffee!” Here, we run on “River Time”—watches are forbidden, and our schedules are guided by the rising and setting of the sun. 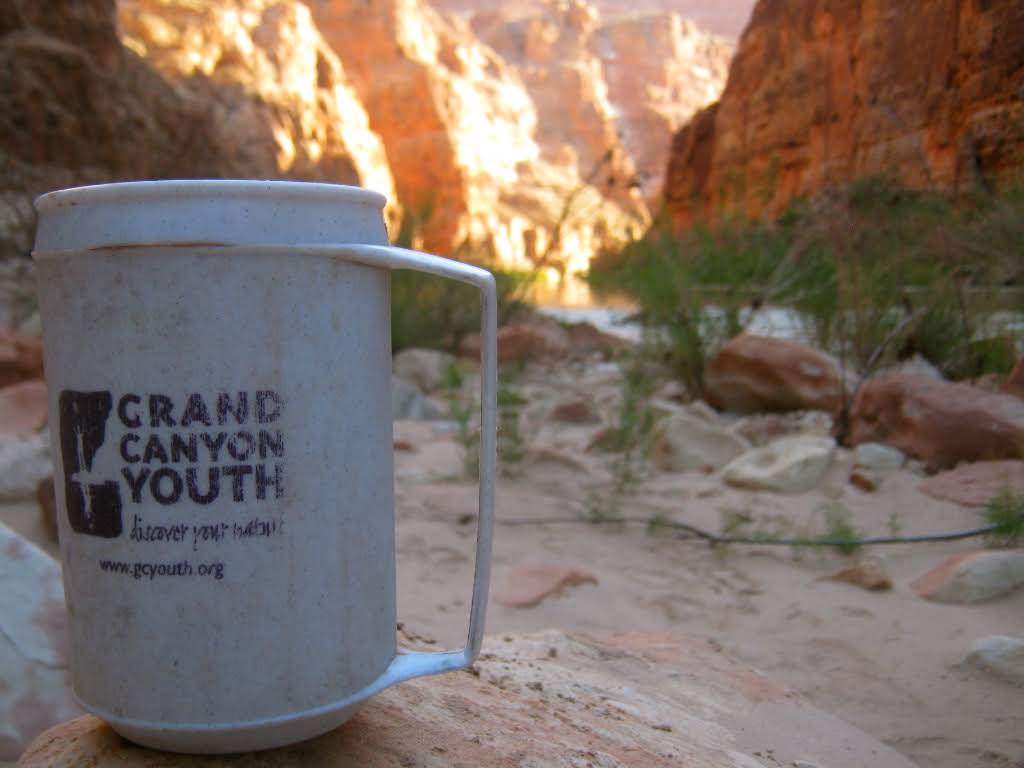 Later, before we break camp, the “Science Crew” will paddle back to our nets to find three humpback chub. We’ll pull in the nets, plop the fish in the same white buckets that we use to bail out the rafts after running rapids. We’ll scan them for tags, then hold them flat against a wooden plank to measure their length. The chub feel strong and slippery— sinewy muscle held in my hands. After we get our measurements, we’ll slip them back into the river and watch them wriggle away in the current with delight.

But for now, I lie back in my sleeping bag and look up. We don’t use tents. There is little threat of rain. I can hear the river rushing—a distant rapid around the bend. The sky is bracketed by canyon walls. The clouds are turning pink and orange with sunrise. 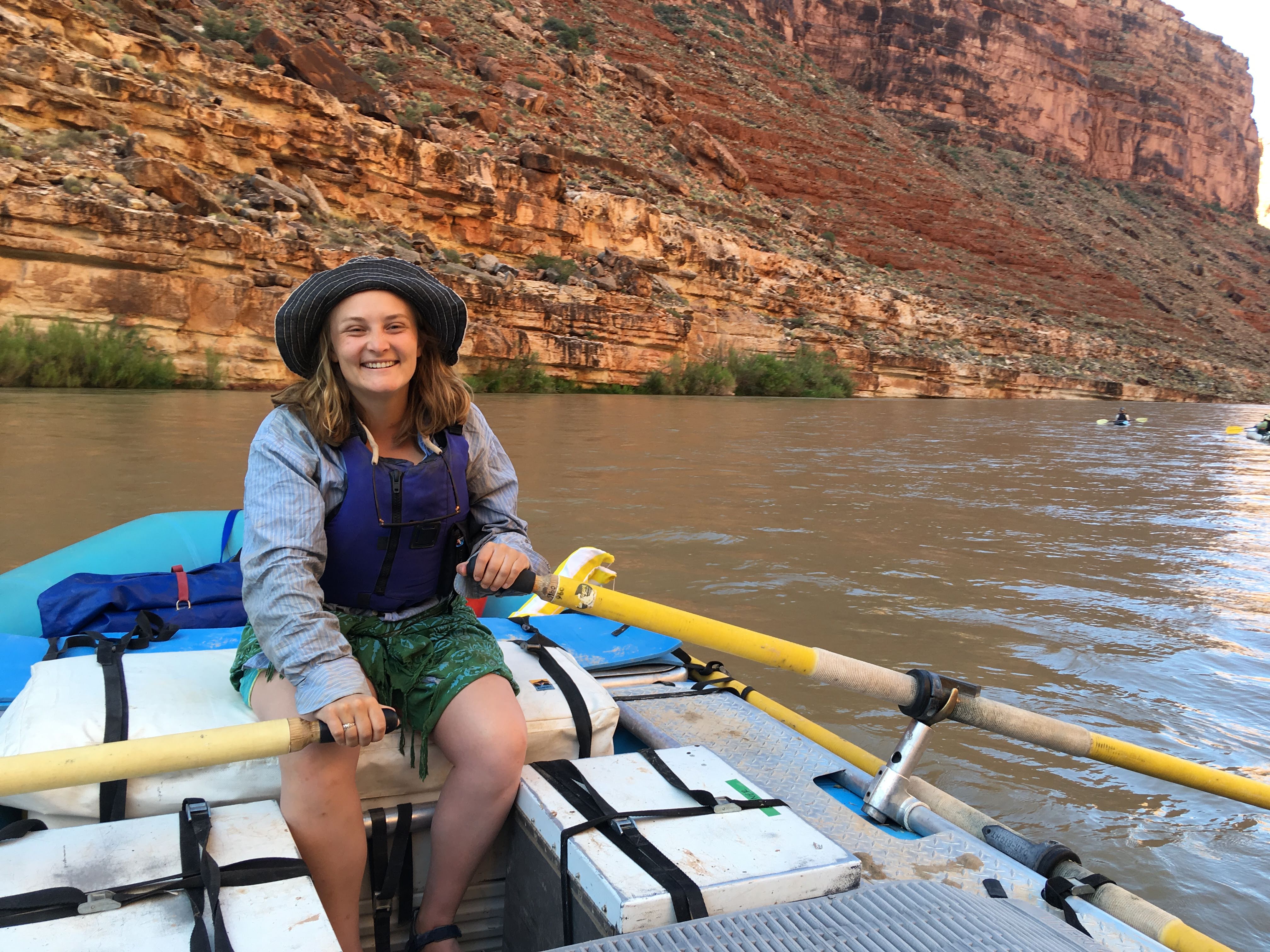 Molly Ryan grew up in Flagstaff, Arizona and was a youth participant on a number of GCY trips on the San Juan and Colorado rivers, including a 2014 Partners in Science trip that inspired this piece. While Molly has spent most of her time on the East Coast since graduating high school, she misses the rivers of the Southwest dearly. Her time with Grand Canyon Youth inspired her to pursue a career related to the environment. She is currently working towards her master’s degree in Ecosystem Management and Conservation at the Yale School of the Environment and is committed to increasing equitable access to public lands.

She was named a 2022 Wyss Scholar, which supports the new generation of leaders in U.S. land conservation.